Please enter your e-mail address below to be notified when this product comes back in stock.
We will not share, rent, sell or use this e-mail address for any other purpose other than to tell you when the product is back in stock.
Free Shipping for minimum purchase of RM60.00 West Malaysia Only
Why Use Rice Bran Oil 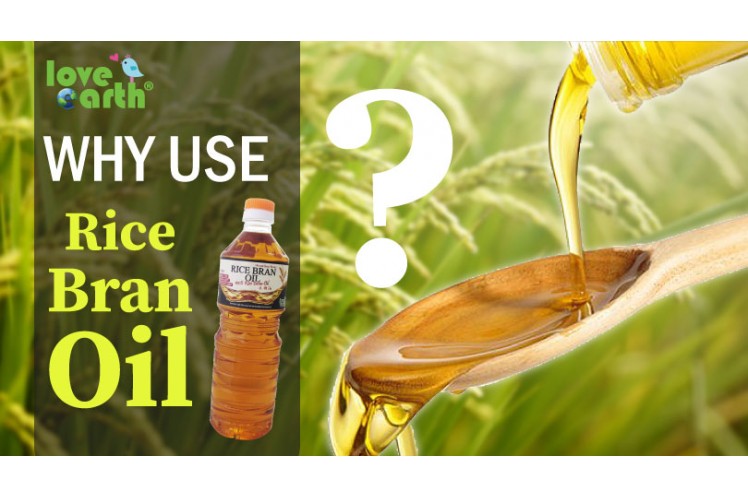 Rice bran oil is the oil extracted from the hard-outer brown layer of rice called chaff (rice husk). It is known for its high smoke point of 232 °C (450 °F) and mild flavor, making it suitable for high-temperature cooking methods such as stir frying and deep frying. It is popular as a cooking oil in several Asian countries, including Bangladesh, Japan, India, and China.

Rice bran oil is an edible oil which is also used in the preparation of vegetable ghee which is a class of clarified butter that originated from the Indian subcontinent. It is commonly used in South Asian and Middle Eastern cuisines, traditional medicine, and religious rituals. Rice bran wax, obtained from rice bran oil and palpanese extract, is used as a substitute for carnauba wax in cosmetics products as it has a very nice, non-sticky skin feel and is used in emulsions as well as oil-based products. It is specially used to inhibit syneresis in lipsticks or to stabilize emulsions and balms.

Rice bran oil is generally regarded as a healthier option, it is High in Omega-6 Fatty Acids and Very Low in Omega-3s. But for optimum health is always important to maintain in 1:1 ratio of Omega-3 to Omega-6 Fatty Acids. While for Peanut Oil, also known as groundnut oil is a highly refined oil and is slightly Higher in Saturated Fats compared to other oils. It has a high smoke point and is suitable for deep frying. People with Peanut Allergy should avoid it completely.

The outer layer of the rice grain is called bran and the oil is extracted from this brown husk. It has a mild flavour and is neutral in taste. The taste does not clash with your food and you can even use it in cookies and cakes. It may lend a mild nutty flavor. It can be used for sautéing, grilling, marinades and is great in salad dressings. It’s light and quite versatile.

It contains high levels of natural antioxidants which boost metabolic rate and may help with weight loss.  The high level of antioxidants not only makes this oil healthy but also makes it resist rancidity and spoilage. It has a long shelf life.

Squalene is a compound present in Rice Bran Oil which is easily absorbed by the skin and keeps it soft, supple and smooth. Enjoy them while bath time or for massage.

Using rice bran oil topically has its benefits. It evens out the skin tone and reduces dark spots. It also helps treat the puffiness around eyes.

The moisturizing properties of rice bran oil help treat dry skin and eczema. Other dry skin conditions like dermatitis, rosacea, and even rashes can be treated with rice bran oil.

The oil contains oleic and linoleic acids in a balanced ratio, and this can help treat acne. This is because acne-prone skin is usually deficient in linoleic acid. The oil also contains palmitic acid, another essential fatty acid for healthy skin.