Please enter your e-mail address below to be notified when this product comes back in stock.
We will not share, rent, sell or use this e-mail address for any other purpose other than to tell you when the product is back in stock.
Free Shipping for minimum purchase of RM60.00 West Malaysia Only
What is Apricot Kernel? 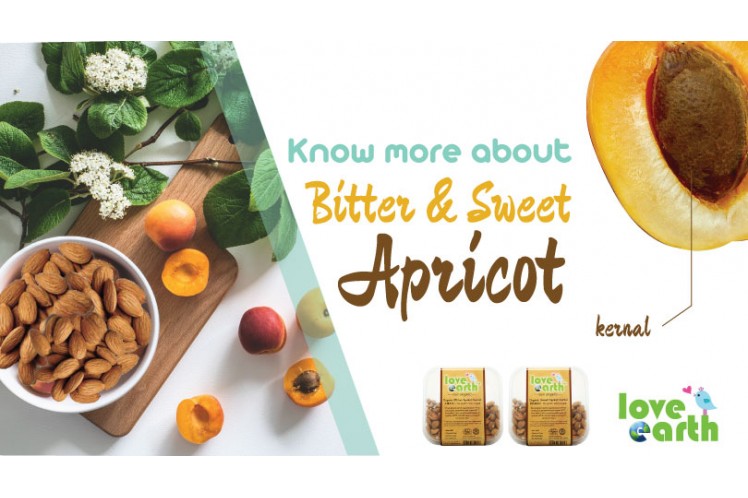 What is Apricot Kernel?

Apricot kernel is the seed from inside the apricot stone. Simply saying, it is obtained by cracking and removing the hard-stone shell. (Surpriseeee!)

These kernels can be bitter or sweet and are known to contain varying amounts of Amygdalin (Vitamin B17). As there is no clear distinction between the Amygdalin content of bitter and sweet varieties, this consumption advice relates to both bitter and sweet apricot kernels.

Apricot kernels have an active enzyme which is known as Amygdalin, also known as Vitamin B17 as it is a nitriloside and its structure resembles that of B complex, therefore it is conveniently named as Vitamin B17 to label and market it as a healthy substance. The concentrated form of Amygdalin is known as Laetrile which is obtained by extracting it from the kernels. Amygdalin has two components including Cyanide and Benzaldehyde. As you consume the apricot kernel, this enzyme is converted into Cyanide which is poisonous and can lead to some serious harm if we over consume.

As Apricot kernels contain chemical compound Amygdalin, this has been linked to cancer-fighting claims. Cancer was caused by Vitamin B-17 deficiency and that supplementing with it would stop the development of cancer cells. Under its various names, Amygdalin has been claimed to hold various cancer-fighting benefits, even now. There isn’t currently any credible scientific research to back up the claims. But many Amygdalin-endorsing websites rely on supporting assertions from people with cancer. Another theory suggests that because Amygdalin is converted into Cyanide in the body, the Cyanide works to destroy cancer cells within the body. This is said to prevent the growth of tumors.

Some people with cancer might take Laetrile in the hope that it will:

What is the Concern?

Apricot kernels contain the plant toxin Amygdalin, which converts to Cyanide after eating. Cyanide poisoning can cause nausea, fever, headaches, insomnia, thirst, lethargy, nervousness, joint, and muscle aches and pains, and falling blood pressure. In extreme cases, it is fatal. Therefore, a recommended daily consumption amount is 5 piece per days.