Please enter your e-mail address below to be notified when this product comes back in stock.
We will not share, rent, sell or use this e-mail address for any other purpose other than to tell you when the product is back in stock.
Free Shipping for minimum purchase of RM60.00 West Malaysia Only
Know more about Cashew Nut 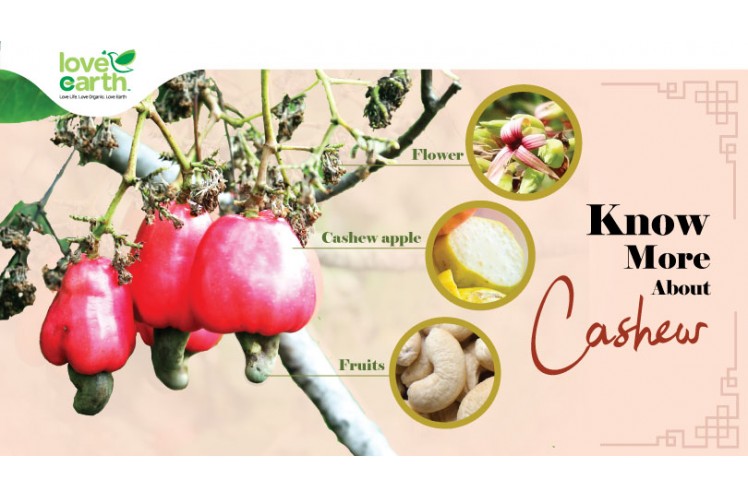 Cashew is a “fruit” that comes from evergreen shrub or tree of the Sumac family (Anacardiaceae), cultivated for its characteristically curved edible seeds, which are commonly called cashew “nuts” though they are not actually true nuts. The domesticated cashew tree is native to the New World but commercially cultivated mainly in Brazil and India. The seeds are rich in oil and distinctively flavored, it’s are commonly used in South and Southeast Asian cuisine and are a characteristic ingredient of numerous chicken and vegetarian dishes of southern India such as Gong Bao Chicken or Nasi Briyani. In Western countries they are eaten mainly as a premium-quality protein-rich snack food.

The cashew is native to northeastern Brazil. Portuguese missionaries took it to East Africa and India during the late 16th century, where it became abundant at low altitudes near the seacoast. The tree produces wood that is useful in local economies for such practical items as shipping crates, boats, and charcoal as well as for a gum that is similar to gum arabic. The resin within the shells of the fruit is used as an insecticide and in the production of plastics, it also is important in traditional medicines back in the time. The cashew apple is used locally in beverages, jams, and jellies, though most cultivation is directed toward production of the valuable seed crop. Parts of the cashew must be handled with care by susceptible individuals because it is related to poison ivy and poison sumac and can cause an allergic reaction in some people.

These plants may grow up to 40 feet in height where the soil is fertile and the humidity high. The leathery leaves are spirally arranged and elliptical in shape. The curved fruit, which is not a true nut, is shaped like a large thick bean and can reach more than 2.5cm long. It appears as though one of its ends has been forcibly sunk into a pear-shaped swollen stem (hypocarp), called the cashew apple. The cashew apple, which is an accessory fruit (not a true fruit as well), is about three times as large as the true fruit and is reddish or yellow. The true fruit has two walls, or shells. The outer shell is smooth, thin, and somewhat elastic and is olive green until maturity, when it becomes pale brown. The inner shell is harder and must be cracked like the shells of nuts to obtain the edible seed inside. A brown oily resin is produced between the two shells and can blister human skin.

The cashew apples are picked by hand, and the curved fruits are first detached and then sun-dried. In some localities the dried fruits are roasted amid burning logs, where the heat causes the outer shells to burst open and release the caustic resin. The resin quickly catches fire, giving off fumes that can be injurious to the eyes and skin. In improved methods of roasting, the poisonous properties are dispelled in roasting cylinders. Later the inner shells are broken open by hand and the kernels heated to remove the seed coat.