Please enter your e-mail address below to be notified when this product comes back in stock.
We will not share, rent, sell or use this e-mail address for any other purpose other than to tell you when the product is back in stock.
Free Shipping for minimum purchase of RM60.00 West Malaysia Only
Can Non-Breastfeeding Women and Men Eat Lactation Cookies? 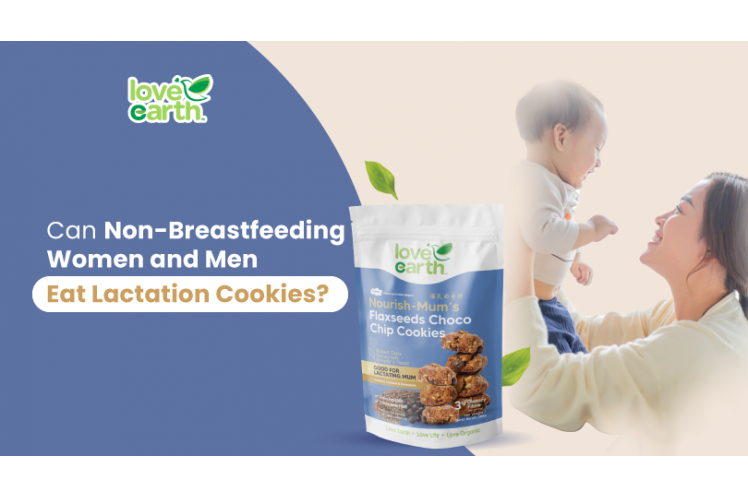 Being a mother is one of the purest kinds of love a woman could ever give to their child. Of course, motherhood is not an easy task, even from the start of the motherhood journey, which is the pregnancy stage. Can you imagine a literal whole human being growing inside of another person? That is for sure not an easy task. In that perspective, the word "weak" surely doesn't fit with women, especially mothers. So after the pregnancy process, here comes the breastfeeding phase.

Each of these processes has its difficulties and challenges. Some mothers had it easy, sometimes a little bit too easy. Have you ever stumbled across a video online where a new mother listened to another baby cry while she was grocery shopping, and a few seconds later, her breast milk pours out of her breast and leaks through her shirt? Just listening to a baby cry could induce that can of physical reaction. Yup that does often happen (1).

However, some mothers do not have this privilege and have difficulty breastfeeding. Getting milk out of the mother's breast requires more effort than just listening to the crying sound of babies. A low milk supply is one of the most distressing concerns for new mothers, other than the pain of getting bitten by babies and trouble getting the baby to latch properly.

To induce a normal flow of milk, oxytocin and prolactin play a very important role. Oxytocin is a lactation hormone released during breastfeeding that induces milk ejection and has a calming effect on the mother (2). Prolactin is a protein hormone of the anterior pituitary gland that can promote lactation in response to the suckling stimulus of babies (3). 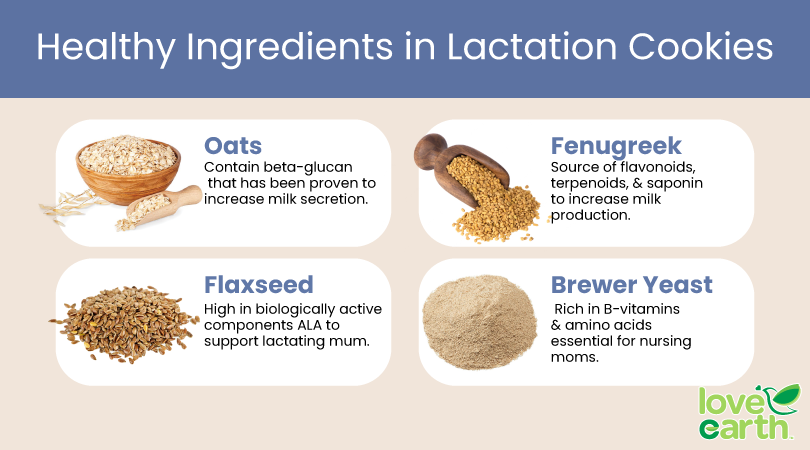 This ingredient is no longer a stranger among those who want to eat healthily. Oats contain beta-glucan, which works best in lowering blood cholesterol (4), while taking oats daily could help in boosting the fibre intake, promote digestive health and regularity and aids in weight management (5). Beta-glucan also has been proven to increase the prolactin hormone which is important for milk secretion (6). Oxytocin levels in lactating mothers might also be increased through the consumption of oats which contain saponin (7). Oats is one of the major ingredients added in the lactation cookies. By eating lactation cookies, mothers will be able to achieve daily fibre requirements other than increasing the production of breast milk!

Fenugreek is a famous galactagogue (lactation inducer or milk booster) that has been used by many new mothers for decades in the Indian subcontinent, the Middle East and North Africa to increase the production of milk. This ingredient, also known as biji halba in Malaysia, contains an abundance of compounds such as ﬂavonoids, terpenoids, and saponin (8). Other than oats, fenugreek also contains saponin, which helps to increase milk production. These ingredients will increase milk production from 1.15 ounces to 2.5 ounces (9). The fenugreek also shows fast results as the effect of taking fenugreek for the milk could be observed 24-72 hours after consumption of fenugreek (10). However, fenugreek is not only suitable for breastfeeding mothers but it can also be consumed by men as it helps to increase testosterone in men other than increasing lean muscle mass and muscle strength (11).

Flaxseed has an oval shape with brown colour that is commonly used by grinding it into smaller pieces for better absorption. It is high in biologically active components ALA, Lignan and Secoisolariciresinol diglucoside (SDG). Other than that, this small yet packed with nutrients food has a high content of good oil that is needed by your body which is from 35 to 45% of oil (12). Consumption of food that is high in fat during pregnancy will help increase the total body fat intake needed by lactating mothers, as most of the fat is lost through breast milk production. This high-fibre food would also be suitable to be consumed by other than non-breastfeeding women as the high fibre content would help support gut health by promoting regular bowel movement and could become prebiotic for the good bacteria in your gut (13).

The name brewer's yeast might cause a frown because why must lactating mothers eat yeast for their health? Afraid not, this ingredient, also known as Saccharomyces cerevisiae, is a type of yeast famous among lactating mothers for its ability to boost milk supply. However, not many studies have been done on this ingredient. Most researchers suggest that the ability to increase milk is attributed to increasing nutrition, as brewer's yeast contains high levels of Vitamin B and chromium (14). 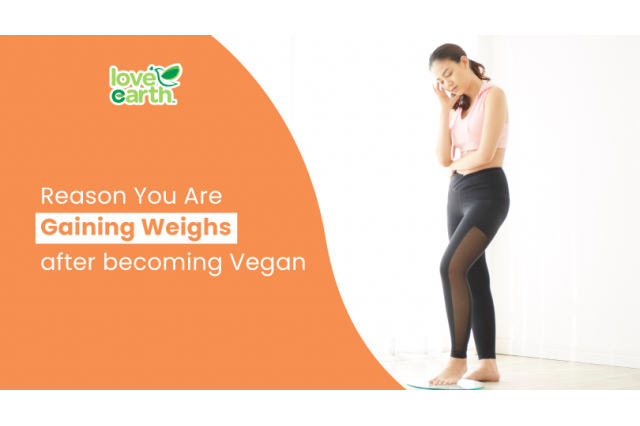